DriveTrust, now an H2020 funded startup based in Rennes, France, was started from an idea of Roman Prytkov and Tolga Varol had when they were in an EIT Digital Summer School. This summer school has inspired their business case development. 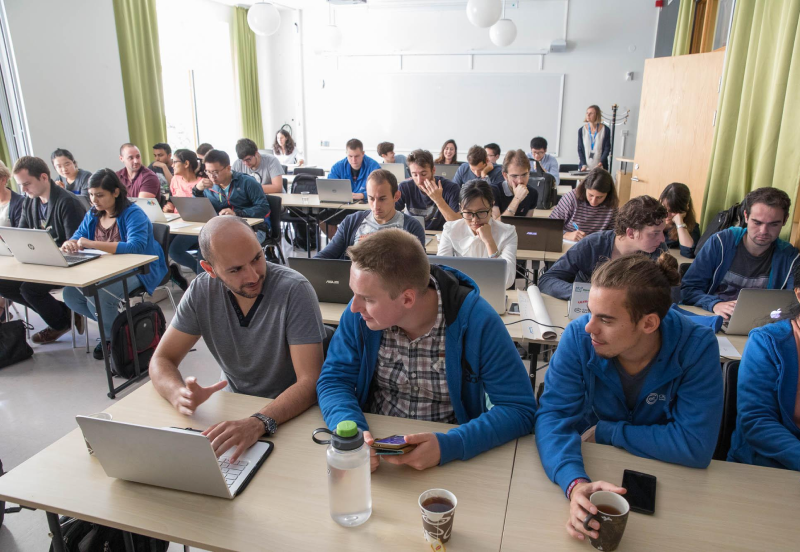 (Tolga and Roman at Summer School)

If driving behaviour is measured by hardware sensors

There are a variety of use cases which can be enabled by the DriveTrust camera. For example, Drivers shall be alerted if they appear to be sleepy or aggressive on the trip. Car sharing companies, such as DriveNow and OuiCar, can better monitor car usage by its driver behaviour measurement. Furthermore, insurance agencies could tailor their policy by anonymised historical driving data.

They wrap the idea to a product in a few levels. A computer-vision-based hardware solution can record and analyse driving behaviours and transmit recording or analytics over LTE/Wifi/Bluetooth and V2X (vehicle to everything) in the future. A dashboard containing data analytics is offered to evaluate and educate driving. In their future plan, data insights coming from aggregated driver behaviour data could bring further value to data-driven decision-making, for example, for insurance agencies. 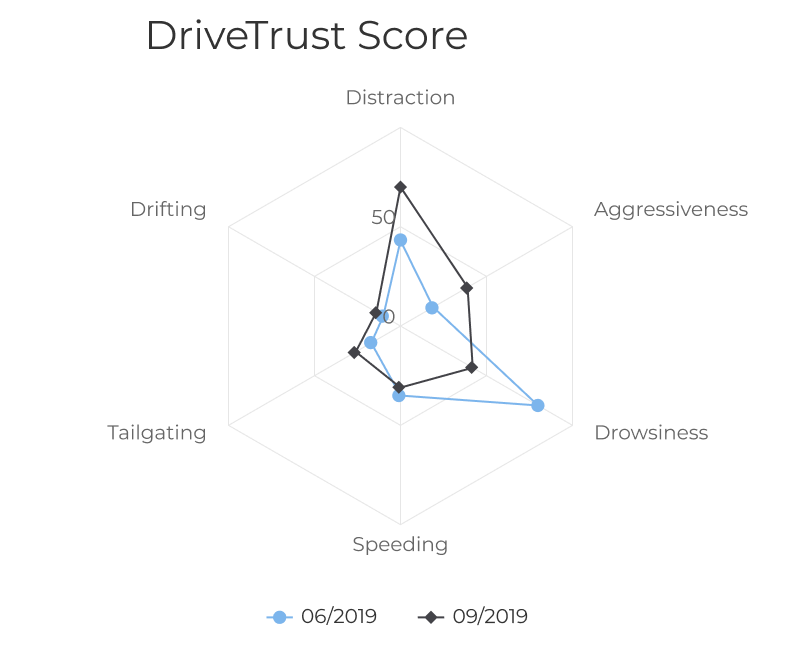 The team behind the stage

In the Summer School, Roman and Tolga have been assigned to the same team. By the end of the two weeks, they have pitched their new idea in front of a jury. They did not win the pitch competition, however, they did not get discouraged and continued working, and they gradually brought this idea to life, and named it DriveTrust.

After 10 months of hard work and numerous calls to potential customers, DriveTrust has managed to become part of an EIT Digital Innovation Call. Roman reflected: “it is important to sell your concept all the time, even if it is far away from being ready. It is so fascinating to see how far we can get and how much one can learn just from talking to investors, potential customers and partners.”

Later on, Luca de Mori also joined the team as an engineer. “Luca was just sitting next to me in the Summer School” Tolga smiled. Luca is quite excited about his work in an early-stage startup. He has also been involving in DriveTrust business activities, such as reaching out investors, presenting in international fairs, maintaining partnerships. “A startup is a good place to challenge yourself in a whole set of different contexts,” Luca summarised so. 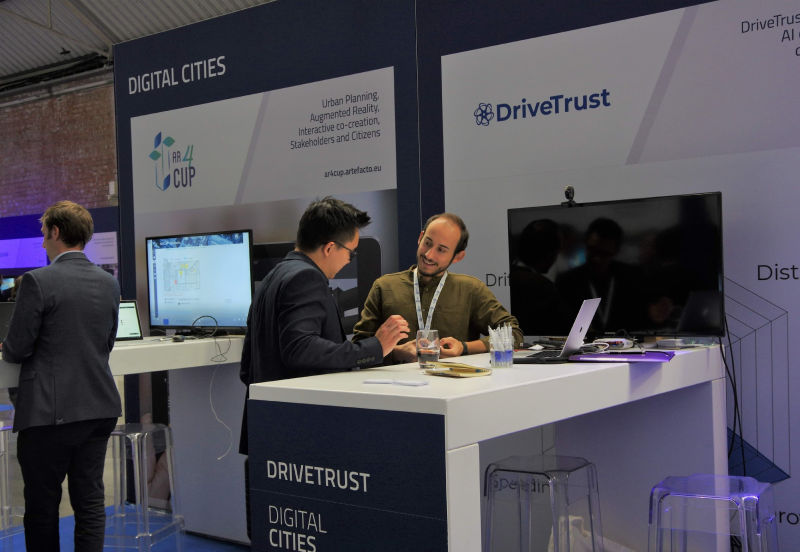 They need a cumulative funding of 100-500K EUR for marketing and mass manufacturing starting in Q1 of 2020. With ongoing R&D, they have been working hard to deliver working hardware prototypes. 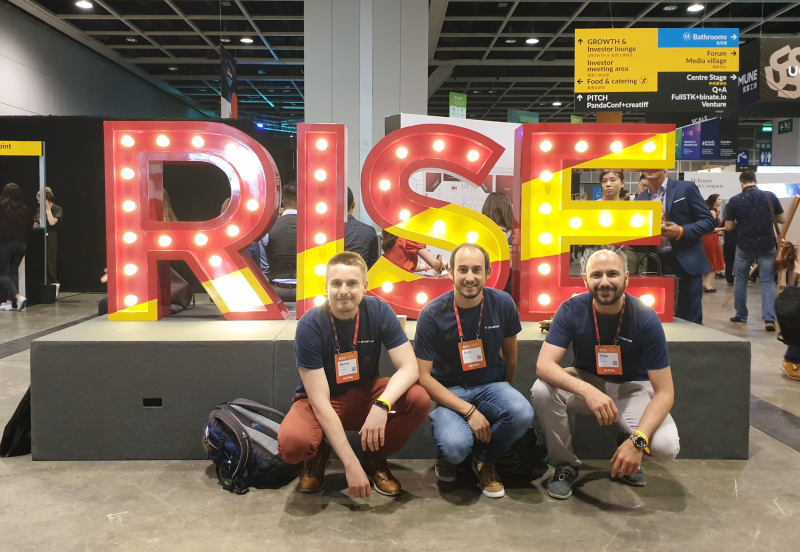 (Roman, Luca and Tolga exhibited their product at RISE conference in Hong Kong)

Roman’s and Tolga’s vision a long-term transformation for DriveTrust from a hardware company to a data service company. In their future plan, DriveTrust would grow its data and cloud sales relative to the hardware device sales over time and gradually integrate 3rd-party IoT products.

“We started as a tech-focused company, and now we are learning to balance the market needs and our tech minds,” Tolga said. They aim high, "we guard Driver Safety by AI Measurement."

EIT Digital Alumni were represented at the Grow Digital conference in Brussels.