As an Alumnus of EIT Digital, I recently had the opportunity to participate in the Climate Heroes’ Reunion hosted by our fellows from EIT Climate-KIC Alumni association (CKAA), which took place in Vienna on 23-25 November 2018. The event, was aimed at creating a network of people who share the same view and are active to approach/study one of the most challenging issues of our century: Climate Change. Indeed, this issue regards the future of our planet, the future of humanity and the future of all living beings on Earth. 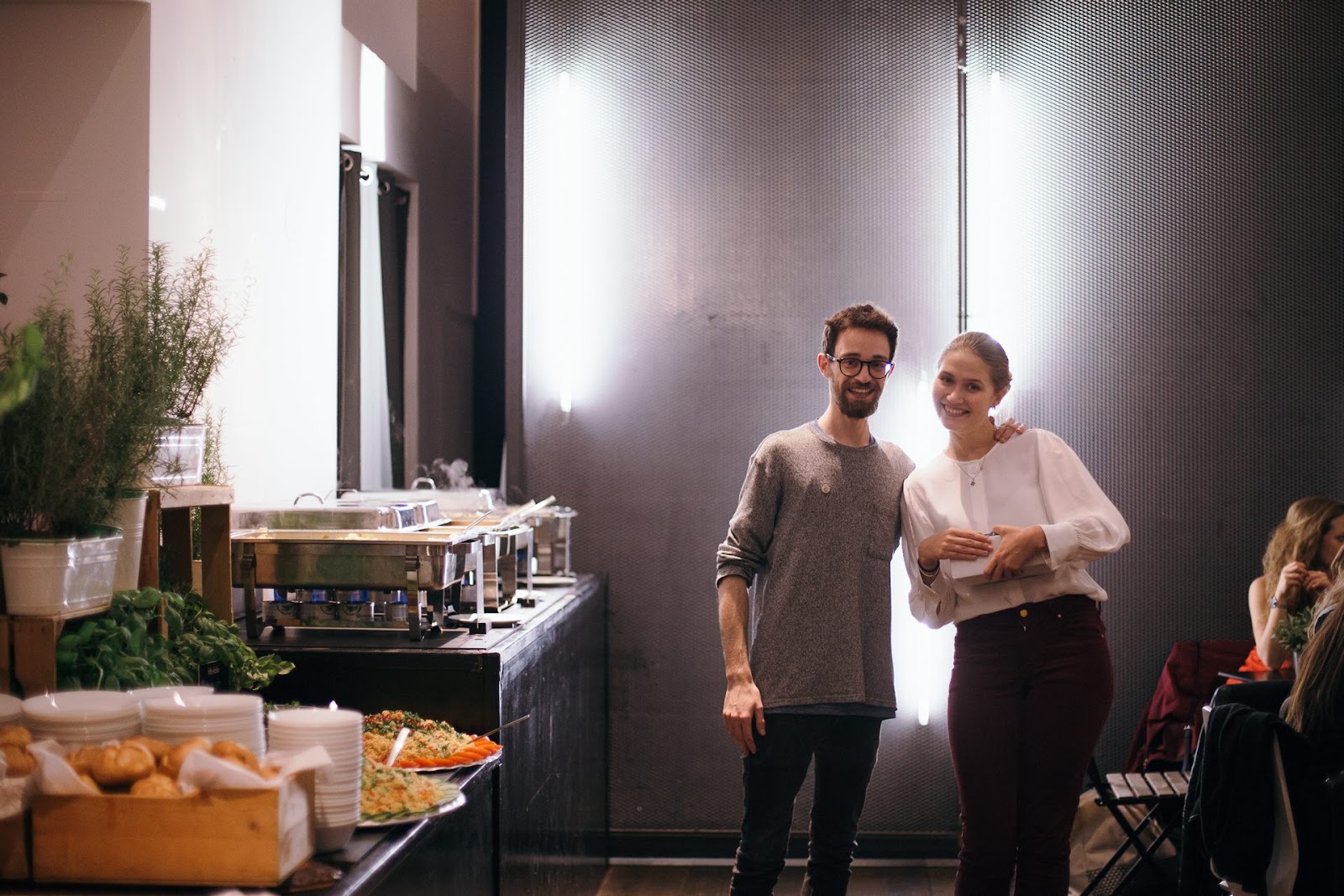 The event has been organized for at least two major purposes: firstly, to raise awareness about climate change - learning how we can give our contribution to spread the word around our peers - and, secondly, to decide how to restructure the Climate-KIC’s Community itself and which changes are needed, since this is expanding with little control.

The Reunion kicked off on Friday evening at the Impact Hub of Vienna; after the initial welcoming speech carried out by the community representatives and by Climate KIC’s CEO, Kirsten Dunlop, a networking dinner coupled with community-building activities were waiting for the participants. These activities helped create a friendly environment which encouraged us to get to know each other and break the ice.

Once there, I realized that people attending the event had a completely different background than mine; nevertheless, this was an opportunity to learn a lot of new things (or at least new for me). Hidden between the attendants - apart from an “intruder” like me - there were some young entrepreneurs, such as Marco Filippi (CEO & Co-Founder of WeGo Europe), who is contributing to promote a more sustainable mobility through the use of blockchain technologies on vehicle sharing. 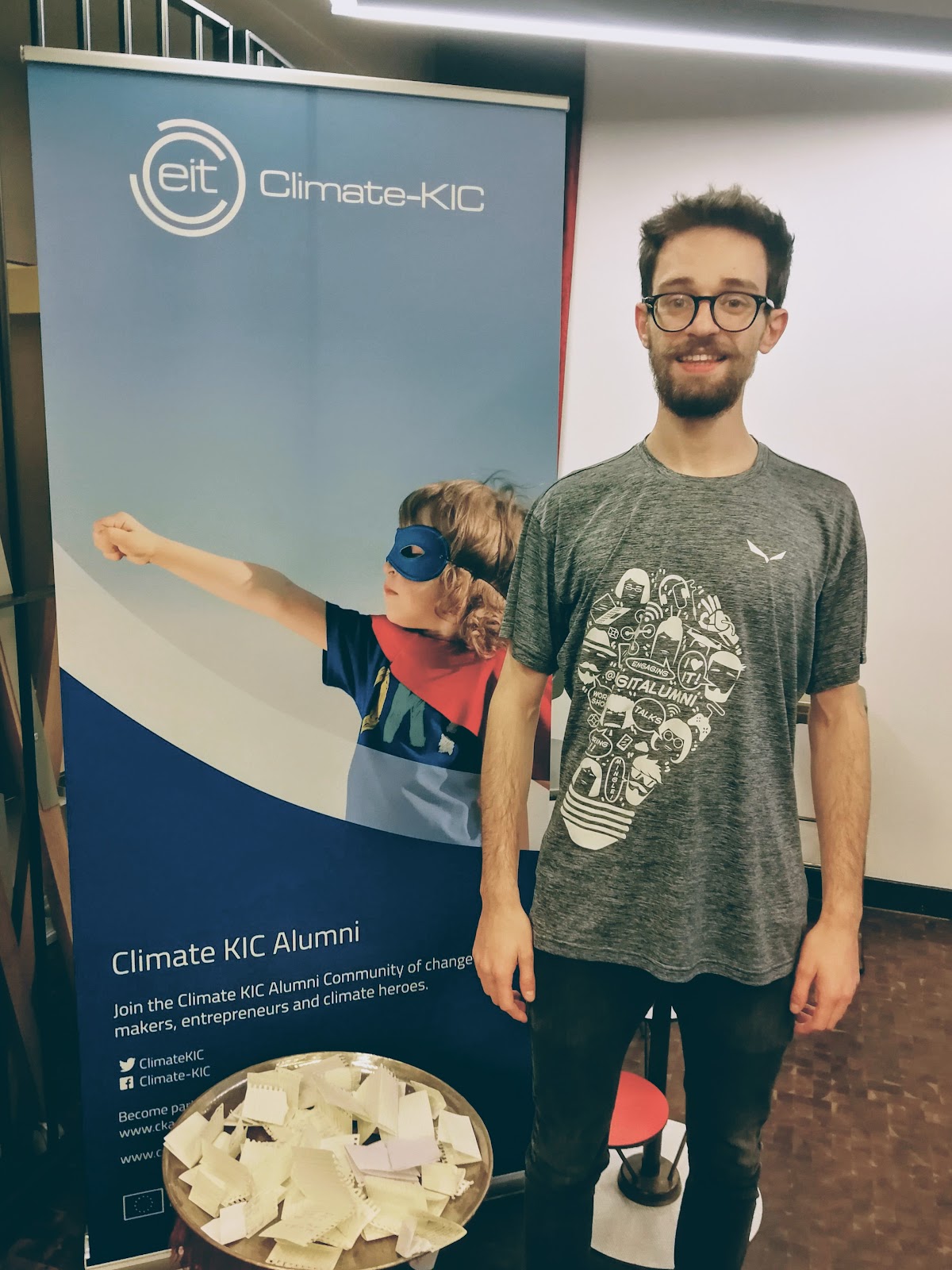 While conversing, I realized there is a lot of room for innovation when it comes to address the issue of climate change; indeed, even very basic products/solutions or small changes in our behaviors, if adopted from the majority of people - like using paper straws instead of the plastic ones (or not using them at all) - would have a relevant impact on helping keep clean our “unique home”: the planet Earth. After this warming-up session “the ice has definitely been broken” and we headed back to the hotel to have some rest and get ready for the next day. 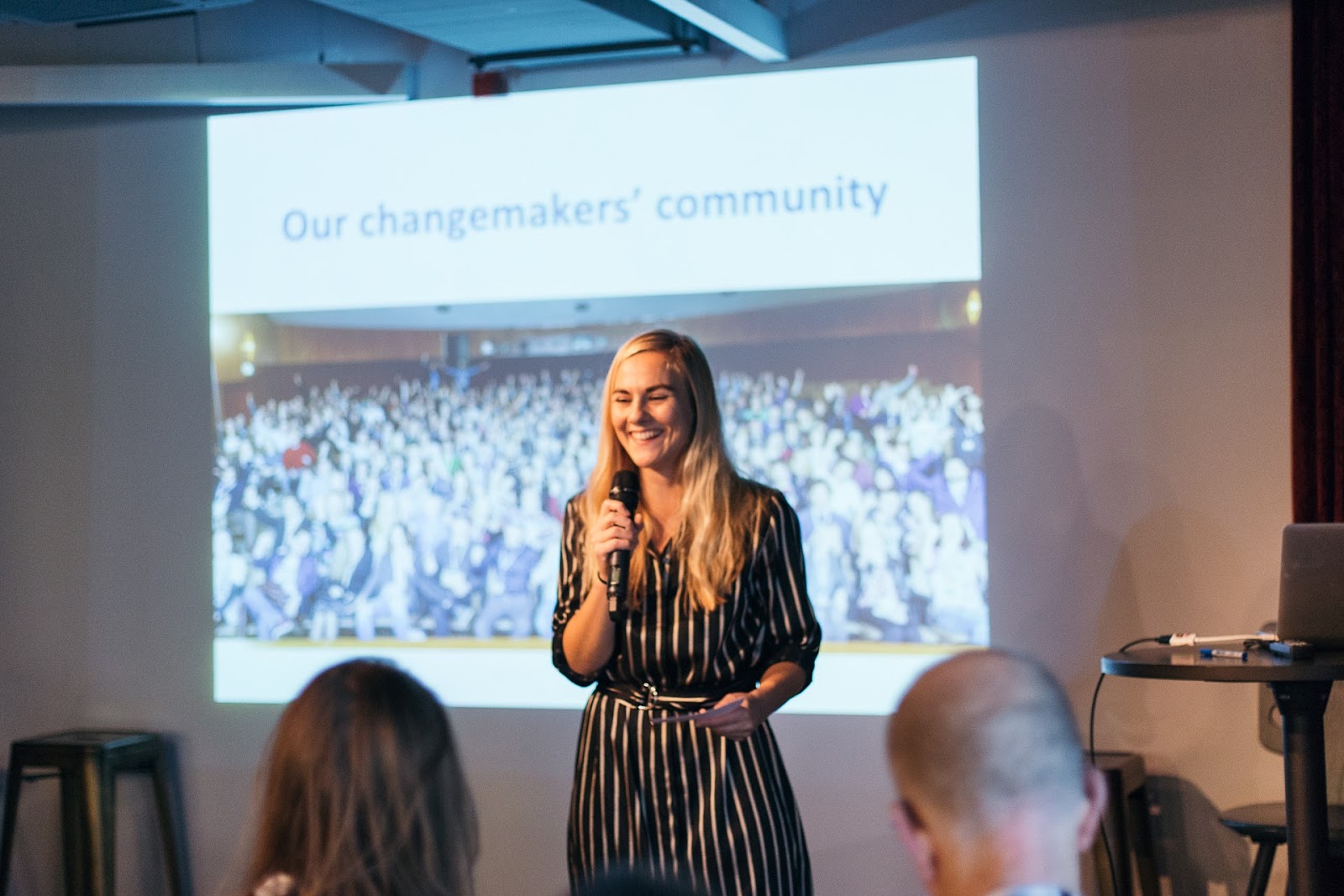 The following day was more intense. It started with an opening speech from Esmee Kooijman (President of CKAA) & Theo Xenakis (former board member of CKAA), who explained the objectives of the event and introduced the community to the newcomers. 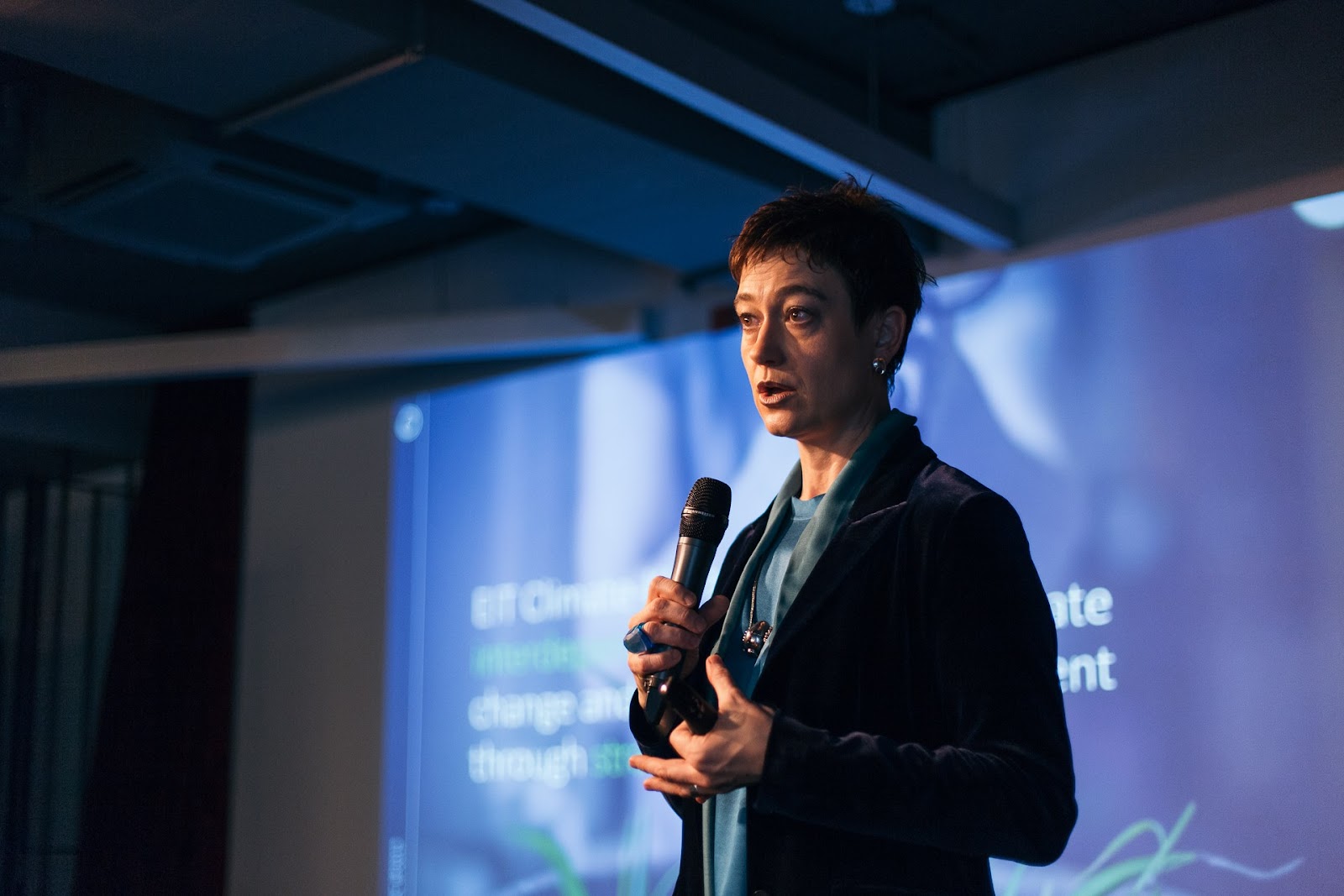 After this brief introduction, Kirsten Dunlop gave an inspirational speech explaining her vision on how the Climate-KIC Community can play a vital role in reaching a climate-resilient society. She mentioned the commitment of Climate-KIC, its mission and its major activities, concluding with the future directions to take.

The programme followed with two high quality speeches from George Marshall (Climate Outreach) and Graeme Maxton (Club of Rome), with a panel discussion in between. 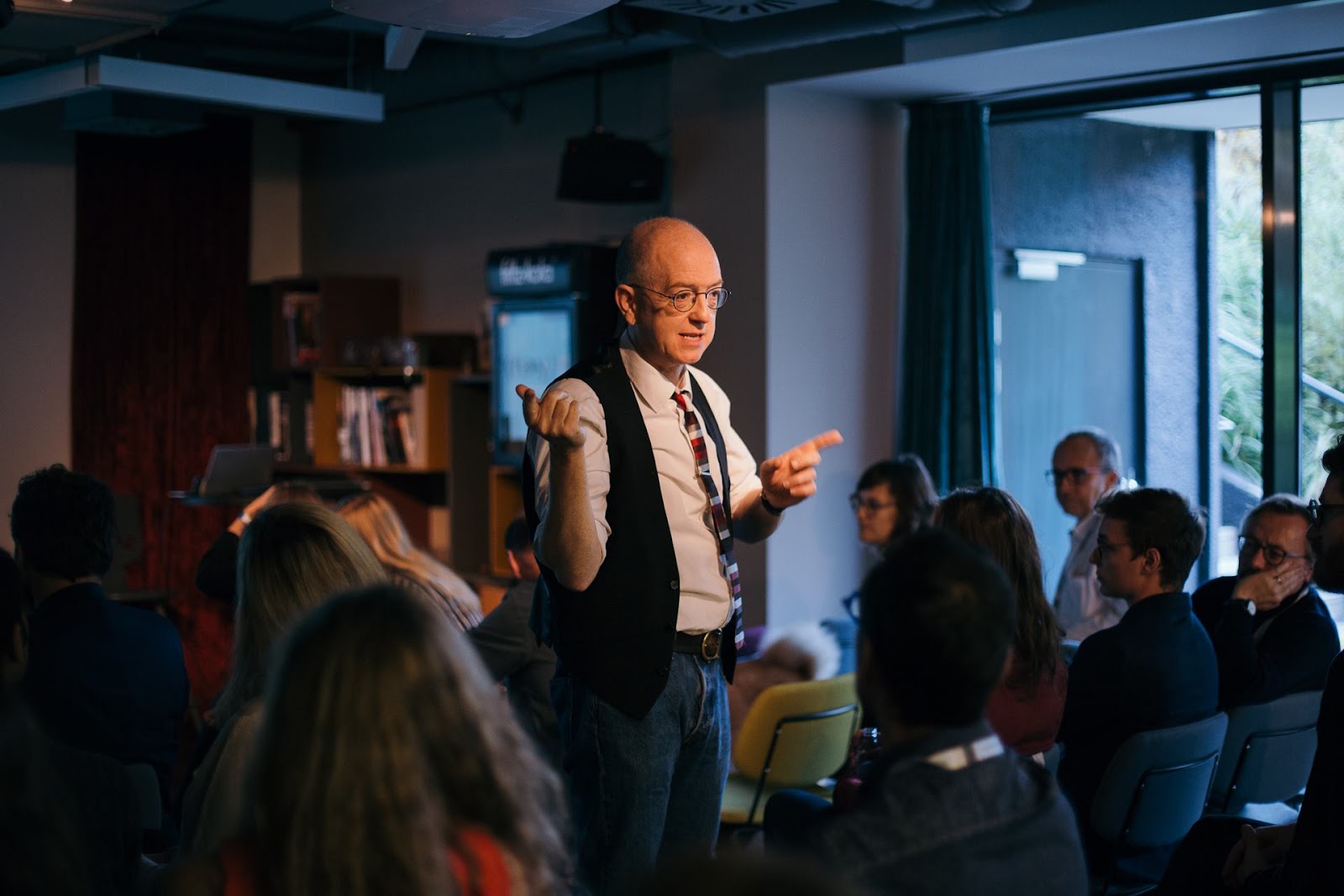 George Marshall - a British environmental campaigner, communications specialist and writer - discussed about how to carry communication on the field “Climate Change” in order to mobilize society; more specifically, he held a speech regarding his research findings more extensively described in his book “Don’t Even Think About it: How Our Brains are Wired to Ignore Climate Change”. The main outcome of the speech is that most of the people think about climate change as a future problem which should be directly tackled by governments’ policies and not by single individuals, indeed the general feeling of the average citizen apparently is powerlessness.

After a delicious veggie lunch (indeed, I’ve learned that the vegetarian diet has a lower carbon impact than meat-based diet) and a panel discussion moderated by Theo Xenakis, we had the opportunity to assist to a noteworthy speech held by Graeme Maxton - economist and best-selling author. 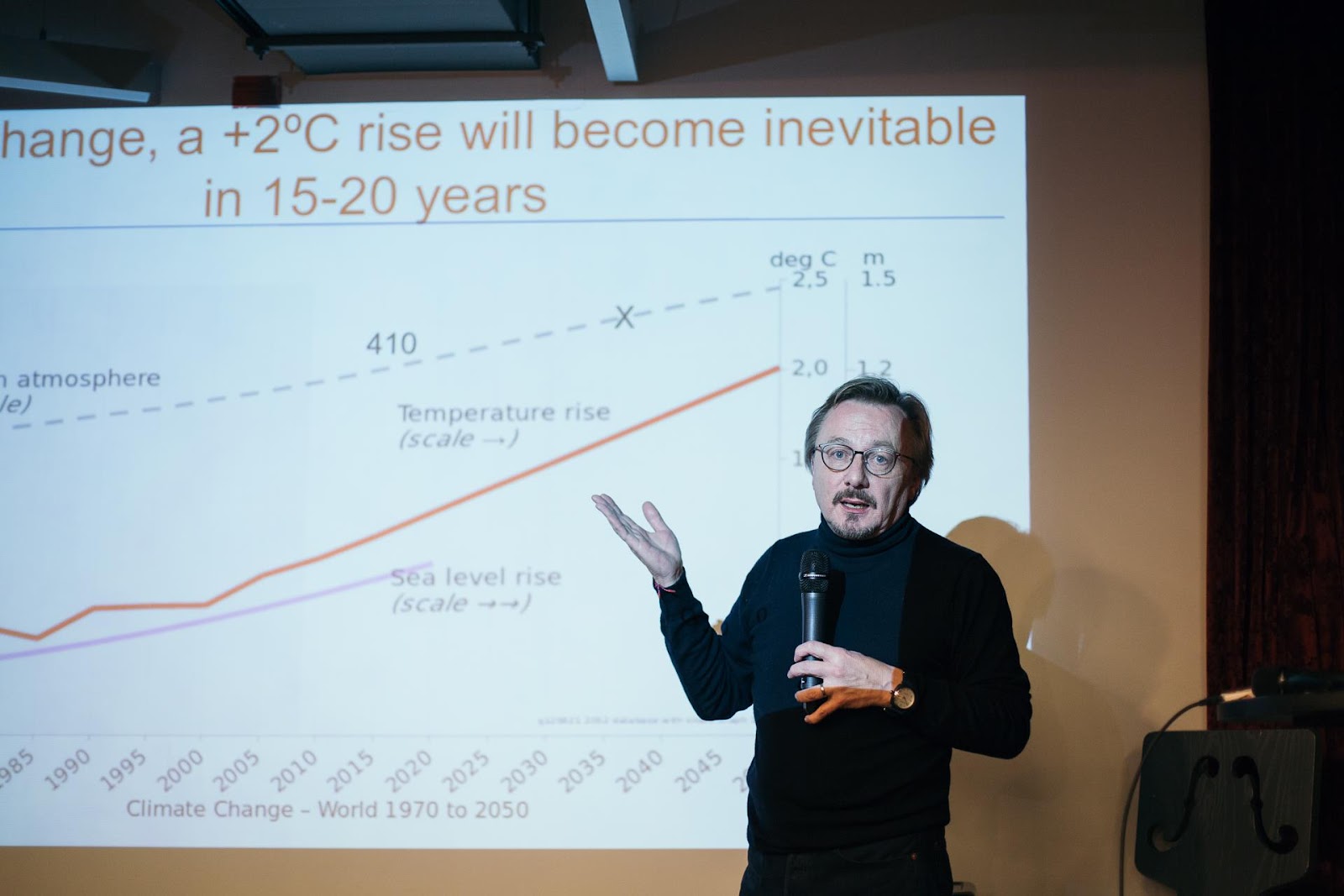 Graeme Maxton is the former secretary general of the Club of Rome, whose mission is to promote understanding of the global challenges facing humanity and to propose solutions through scientific analysis, communication and advocacy. The talk has been a discussion around his book “Change! Why we need a radical turnaround”.

He insisted that the biggest problem is that we need to act now in order to avoid future - irreparable - problems, and if the Governments or the economic system do not act in a proper way, it is up to citizens to get mobilized and create awareness. Following this vision an association like the CKAA should play a relevant role.

This was followed by a Community Feedback Session, with Esmee & Dorka Bauer (Communication Manager of the CKAA) and Emily Swaddle (Climate-KIC): this was an open discussion on upcoming changes in the community, presenting the results from the community research and with a voting session for the alumni.

After the feedback session a very interesting workshop took place, with the members of the community actively participating. The activities covered several topics such as Climate Change Journalism, Sustainable Cooking or Insights into Global Climate Politics.

Finally some success stories, presented by entrepreneurs such as Kilian Kaminski (Co-Founder & CEO at Refurbed, the online marketplace for refurbished electronics), who told us his experience and his motivations to lead a business with such low environmental footprint. , and - after the closing remarks - we all headed to have dinner and a bit of party in the city center of Vienna.

The following day in the morning we had some recreational activities, choosing from climbing or a very “Special City Tour”. I decided to be a tourist, but it turned out not to be a normal city tour with a standard guide. The tour was organized by Shade-Tours, an association that helps homeless people recover from that inhumane condition. Nevertheless, our guide Charles (fictitious name) was an houseless (yes, houseless): he told us his story - he was a “normal” person, a doctor - things went unlucky for him. Luckily, also thanks to Shade-Tours, he is now on the right track to get back to a better life. The event finished with lunch, and after I had lunch with some of my “new Climate Friends” I headed to the train station and travelled back home. 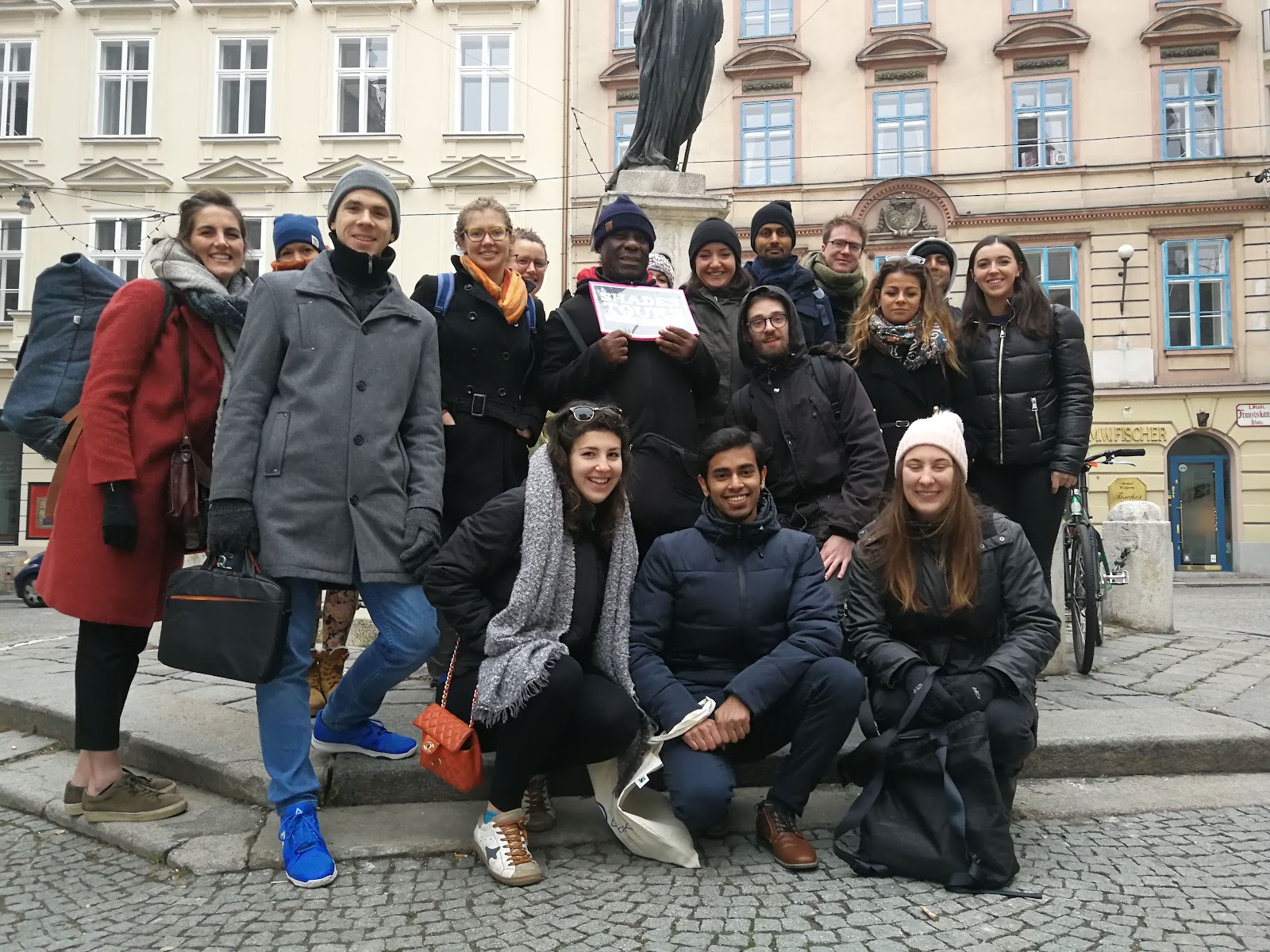 What did I bring back home?

For sure the happiness to have met great, positive and energetic people who are working  everyday on something that has an impact on all humans (and not only).  Second, but not less important, I’ve learned that Climate Change is a serious issue and a real actual problem which everybody should take into account in our daily life from today, not tomorrow. Little daily choices having a good outcome, if pursued by the majority of us, can have a great impact on our planet’s health. People should be more aware and informed about this global challenge since if we do not act now and all together and united as humankind the price to pay would be too high for everybody.

Here by the photo album of the event and a link about CC that I consider as relevant as interesting.

Get to know what our Alumni Board discussed for the first half of 2021!
Read More

Rejuvenating the Entrepreneurial Mindset by Giving Back to the Community

Yatindra Shashi reflects on how he continues to benefit from EIT Digital even after graduating...
Read More